Is Comic Books a Good Niche to Get Into?

Are you a Superman Fan or Wonder Woman or what about the Green Arrow? Let’s not forget the Dark Caped Crusader watching over the Streets of Gotham.

Whether you like them or not, you’ve got to admit, these characters are household names and are definitely money spinners within the entertainment industry.

Ever wondered to yourself if selling comics, (the true birth home for many of these beloved heroes and heroines) can be a profitable business? Is this an industry that is ‘dying out’ or is there a potential?

Today I am going to show you five of the best ways on how to sell comic books online. Even if you are not a comic book fanatic, you can still make this, either a part time or full time online earning possibility, if you so choose.

First, let’s have some fun and check out some interesting things about comic books.

Now more than ever, movies are being made, based on comics and this shows that the comic industry is here to stay. Take for example the famous San Diego Comic-Con International Festival.

This convention had its humble beginnings back in the 1970’s, starting out as just a single day ticket event with the purpose of showcasing not only comic books but other popular arts such as films and science fiction/fantasy literature.

What are the different Types of comics that are available? 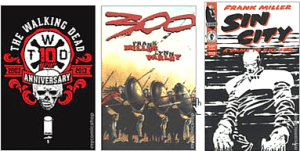 For instance, did you know that Series like; THE WALKING DEAD and movies such as 300, SIN CITY and GHOST WORLD, all originated first from comics and were then converted into their respective series or film counterparts? And let’s not forget that comics are not always based on superheroes. They also have lots of fable type comics out there as well.

The Google Trends graph below shows a slight drop within the traditional comic book industry. However, we notice a stabilization and then an increase in people’s interest taking place.

How Can I make Money Selling Comics?

I hope that you are convinced, even if it’s just a little, that this is certainly a worthwhile market that you can start targeting. The big question is how??

1.Get Rid of Your Collection- Auction It on eBay

Think that you may have an Action Comic # 1 collecting dust in your attic? Why not put it up for auction on eBay?. The highest bidder wins and you can make a neat sale. 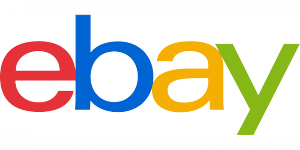 Perhaps checking out 2nd hand stores and picking them up for bargain prices will get you to make regular profits by selling this way.

Here is some awesome training from one of my friends who is really clued up with selling things on e-bay. Read the full intensive trainings, How to Sell and Make Money on eBay Part 1

This is simply an online newspaper ads section whereby folks interact with one other to complete transactions.With selling on Craigslists, you would want to be careful and avoid getting scammed.

The reputation of some of the sellers may be a little dodgy on this platform. If however,  you can build a good relationship with some honest folks, Craigslist can also bank you some good money at the end of the day.

3. Build Your Own e-Commerce Site

There are some reasonably priced e-commerce building sites that let you build your own store. Shopify, for instance, is one such avenue to give a try. What’s great is that you are given a 14-day trial to see if you are happy with their services, before you commit. You don’t need any design or coding skills and can set up your store within 25 minutes. 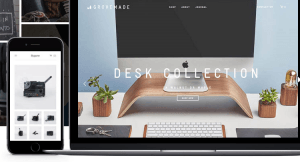 I am currently building a store of my own revolving around Personalised Storybooks and the tools, training, and support so far is amazing.

However, keep in the back of your mind, that you would be competing with big authority e-commerce site likes Amazon, Target, and Sideshow.

This may make the breakthrough a little challenging but NOT impossible, to say the least. Give it a go, click on the link below to start your own comic book e-commerce store.

This is a very similar story to the auctioning on eBay. The only difference here is that you’ve got to try to source out inventory from wholesalers. The main thing is, that in order to make money from comic books, you’ve really got to them at a good price.

Arranging for drop shipping with Amazon and vendor fees may eat into your profits. It will be after a fair amount of time, till you can actually see a profit.

So, with all the above, I would like to put forward to you the BEST WAY possible on how to sell Comic books online and that people is, via Affiliate Marketing.

Affiliate marketing is simply the process of earning a commission from Affiliate Merchants for selling their products. So, in this case, Amazon can actually become your ally instead of your competition.

1.You simply build a website of your own. Don’t Worry,  I will show you below, how easy it is, and I will get you started on TWO FREE Websites of your own. 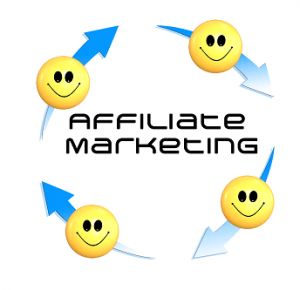 2.Then you blog or write about the comic books. You can talk about topics such as limited edition comics, upcoming releases, reviews etc..

3. Then you register with people who are selling Comic books online. These are called Affiliate Merchants. They are the ones who are going to PAY YOU! Amazon is one such affiliate.

To find more affiliates for comic books, simply type [Comic Books + Affiliate programs- into the Google Search Bar] and you will see the various merchants.

4. Getting Traffic or Visitors to your site: This happens as you keeping building your site and adding quality and engaging content, and maintaining good SEO practices. SEO simply means good techniques and practices taken to ensure efficient site rankings. (Don’t get scared here, it’s not that hard to learn, I will show you an awesome online training platform and community that teaches you this stuff)

MY NR.1 RANKED BUSINESS PLATFORM TEACHES YOU HOW TO BECOME A PRO-AFFILIATE MARKETER. LEARN MORE HERE

So, when your visitor reads your blogs or reviews on comics and they are interested in it, they will click on your affiliate link from your site which will direct them to the merchant to complete the sale.

Payment Time: Upon completion of the sale, you get your commission.

Tips on Making Additional Profits and Not Just on COMICS

You can make money on other related items on your site.

and further, check out this amazing craze to traditional comics called Manga Comics

What is the Difference between Comics and Manga Comics?

Manga comics is the Japanese Version of Traditional Comics. 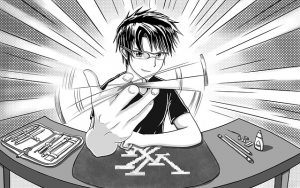 It differs in the following aspects

Look at its trending on the graph below. Still, think that the comic book niche is not worth looking at? 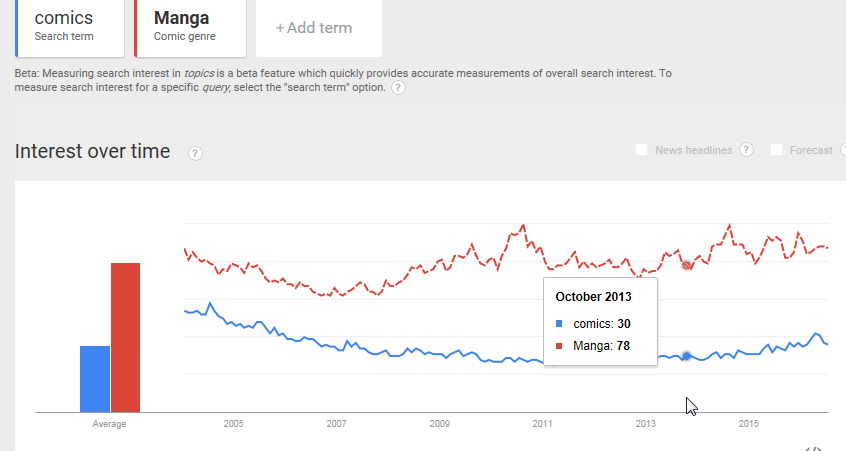 In the table below, you can register for a FREE website. Simply type in a domain name of your choice. I punched in a name and it’s available. I did not go ahead with registering it, so if you would like to, you can take it, provided that it’s still available after you are done here.

Register your Domain Name Below

Wealthy Affiliate is the most genuine and amazing community and training platform to start your comic book niche affiliate marketing campaign.

Before I leave you, I want to share with you one final way of making money in the comic book niche. Before I reveal it to you, can you guess what that is?

CREATING YOUR OWN SUPERHERO

I have always loved the fantasy world. Living in a world hoping that Superman would be REAL and just sort out the baddies, or that Professor X would be able to influence the leaders of the world to make positive impacts and changes to their countries. Sadly though, they don’t exist. But this does not stop me from dreaming, does it?

I imagine a Superhero, that can magically grow someone’s legs or arms that may be amputated. Or he has the ability to give a blind girl her version or a deaf boy his hearing merely through a simple touch. I call him “THE H-MAN,” short for, the healing man.

If you had to create your own superhero, what would they be like and how would they help people?

Would love to hear your insights and views.

Thanks, folks, I hope you enjoyed this article on how to make money selling comic books online.

If there is anything, that I can help with, do let me know.

All the best and take care

Let the SUPERHERO in all of us Shine everyday!

10 thoughts on “Want to Learn How to Sell Comic Books Online? Check This Out!”