Fake Tech Supports Scam, what you should know!!!

Have you ever become a victim of a fake online tech support scam? 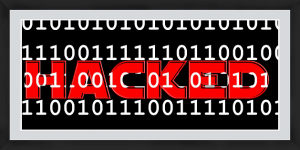 Before you know it, your files have become unencrypted and all your sensitive information just got stolen from under nose?

What do you do and what are these scams all about? Let me uncover for you the inner workings of these scams and the steps that you can take, to prevent you from falling prey to them.

⇒ARE YOU TIRED OF ONLINE SCAMS?LEARN MORE ABOUT THE NR.1 RECOMMENDED WORK FROM HOME BUSINESS HERE⇐

How Common are these Fake Tech Support scams?

Well, they are very common. Countries such as the US, UK, France, and Germany have already been the most common victims of these attacks. Now, the scammers have taken to spread their schemes to the islands and attack our fellow Australian mates as well. 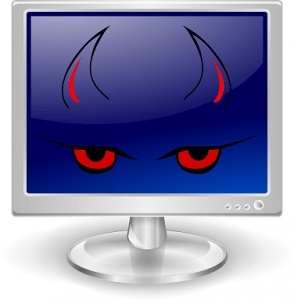 Symantec, the big antivirus software manufacturing company, said in its 2016 Internet Security Report, for 2015 it had blocked more than 100 malware or exploits kits that were doing the rounds with regards to internet technical support scams.

What Exactly are These Fake Tech Support scams?

Basically, this is how it works.

The caller will contact internet users to offer them support packages with the premise of protecting or fixing problems which are currently “non-existent” on the user’s computer.

They now go the point of showing fake messages on the “target computer” which urges the user to call the toll free number and this is where all hell breaks loose.

When the user calls the number, the criminal tries to persuade you to install Malware or other software unknowingly, which you think is essential to sorting out the problem.

According to Symantec, the tech support that scammers now use is 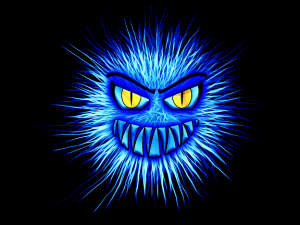 THE NUCLEAR EXPLOIT kit to drop malware, in this case, ransomware, onto the user’s computer.

Whilst distracting the user, the ransomware is hard at work encrypting files on one’s computer which will, later on, be used to extort money from the victim.

It is reported the DDonS has grown at an exponential rate and may last up to 30minutes or less.

These attacks or “services” can actually be ordered on the Black Market. Prices can range from $10 up to $1000 a day.

“Consequently, the potential rewards for an attacker successfully holding a company to ransom in the way will more than compensate for their costs,” Symantec said

There was a case whereby an Australian email provider was attacked and their information was held for ransom. They had to pay 20Bitcoins which are around $6600.

Not even close. With Symantec reporting that within the last year alone, they have witnessed around 430 million unique pieces of Malware which were 36% more than that within 2014.

They went on to further say that these numbers are not surprising to them at all.

“….Attacks against businesses and nations hit the headlines with such regularity that we’ve become numb to the sheer volume and acceleration of cyber threats,” the report said.

How to Avoid Becoming a Victim to These Tech Support scams?

I know that we all are worried when it comes to our computer. I think the best thing would be to follow certain procedures by the book to prevent becoming the victim. 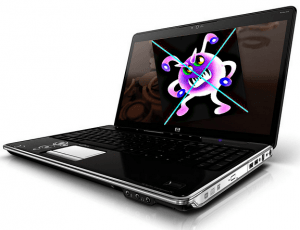 Firstly make sure you have a back-up of all your important files. If you are ever a victim of ransom scam, you simply reload all the files onto the computer and don’t bother paying these scammers.Chances are in some cases after having paid them, there is no guarantee that you will ever get your files back!

Next, only call the numbers that are provided by your internet security vendor. As I mentioned above, these messages are fake and at the end of the day, there may be nothing wrong with your computer.

On this note, you would want to choose a software repairer that is reputable and goes well with his or her services. Do your research on his or her background before you entrust your precious information to them.

3.Put the phone down

These guys just want to direct you to a server that hosts the ‘Nuclear Exploit Kit’ so that they could steal or decrypt your files. Having said that do not take or entertain these calls especially when they claim to be a representative from software giants such as Microsoft or Google. 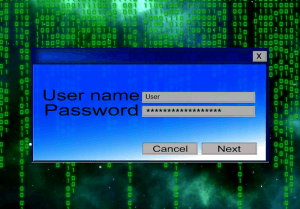 They will employ scare tactics and claim to have your well being at heart. Be wary if the technician is overly nice to you or requests sensitive information such as usernames and passwords. These should sound the warning bells from miles away!

Remember, the legit companies will not call you unless you have requested such an action. Furthermore, why would they call you, as they have no way of knowing that your computer has a virus or something like that in the first place?

Things can happen so quickly and before you know it, you are a victim. What do you do?

Change relevant passwords and usernames as soon as you can. If you think that your credit card details may be leaked during the attack call your bank immediately to cancel the card. File a complaint with the relevant authorities. These are places like the Federal Trade Commision(FTC).

As the scout’s honor, it’s always a matter of being vigilant and aware of what is happening. In fact, most of the time it’s about controlling one’s emotions and preventing it from becoming overclouded with judgment.

Yes, its important to us, but sometimes all it takes is just a little bit of analysis and common sense to see that something is wrong and someone is trying to steal from you, sensitive information. 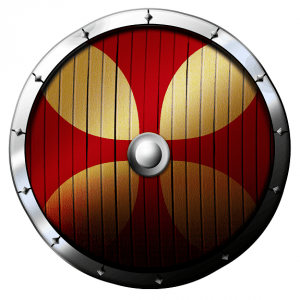 I always believe that having information in this game, arms one against attacks, very much like a Viking shield protecting him against the heaviest of blows.

⇒”HOW TO RECOGNIZE PHISHING SCAMS WHEN BOOKING FOR TRAVEL OR FLIGHTS”⇐

I hope that you enjoyed this article on fake tech support scams. As time goes on, I will be bringing you more news on the latest from the cyber world, and cover topics such as affiliate marketing, online scams and website building.

Please drop me a comment if you care to share something or just want to say hello. Have you been a victim of tech support scams or know someone who has? Share your story below.

I have run into a few of these a while back when I switched internet services. Charter spectrum is where they are coming from on my end. They actually got into my computer and I had pop up screens all over the place telling me to call charter. I of course did not call their number but charter’s number and was told that it was happening to most of charter’s customers and they had not found a solution. I had to completely wipe out my computer to get rid of them. I just hope more people are aware that they come from everywhere.

Sorry to hear about your ordeal. Glad though, that you reacted proactively and did not get totally roped in with these guys.

I too would like much more people to be aware of these scammers.

Great to hear from you.

These scams make me so angry. These criminals pray on naÃ¯ve people. Especially older people who are not tech savvy. Its a real shame that we can’t stop them and all we can do is protect ourselves. Thanks for writing this article and helping to bring more awareness to this disgusting problem.

I hear you, its frustrating and sad.

As you said, they tend to prey on those that are easy to get to. The best way to stop them, is to be armed with this kind of information. In that way, we can be one up on them.

I will continue to expose these guys and help those that need it.

Thanks for stopping by

Hello Rupesh,
I totally agree with your article on the rise of such scammers and how they steal your sensitive data. It’s increasing everyday & people are falling for such tricks as the scammers are using new techniques daily, to lure us in. I would suggest not to panic when you come across them and invest in a reputable anti-virus software and a vpn to create a safeguard against them.
Nice work.

Hi Sam
Yes, as time goes by, these guys try all sorts of ways to get their way on us. I like your suggestion and agree with it 100%.
We got to be vigilant and have a back up in place.
Cheers
Roopesh